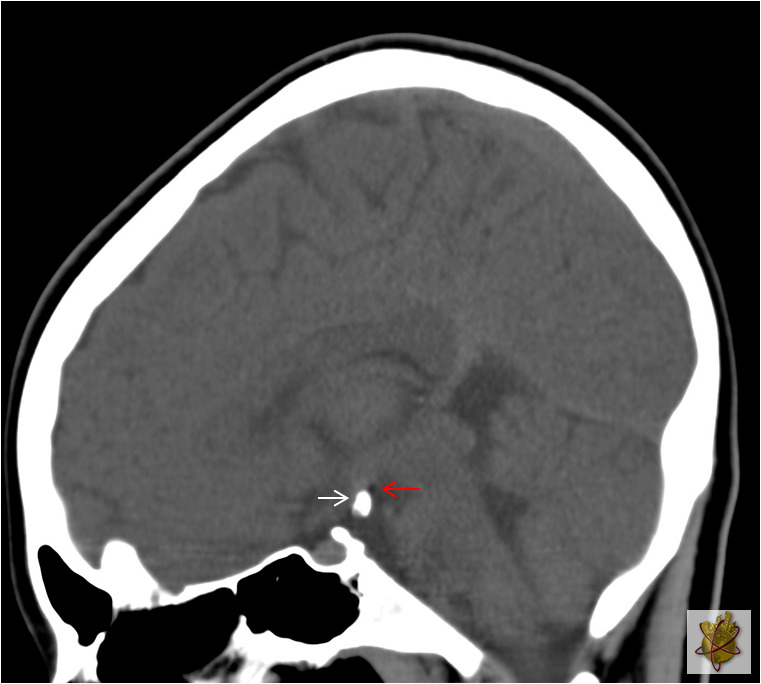 A 16 year old female presented with history of occasional episodes of syncope, since 2006.

Osteolipomas arise from remnants of the meninx primitiva or from the mesenchyme of the craniopharyngeal duct. The typical site of origin is from the tuber cinereum of the hypothalamus between the pituitary stalk and the mammilary bodies. The lesions consist of central adipose and peripheral osseous tissue which distinguishes them from intracranial lipomas at other locations. They project into the suprasellar or interpeduncular cisterns. The lesions are mostly incidental findings on CT or MRI scans done for other reasons.

These lesions are usually not associated with significant clinical symptoms or abnormalities and do not need surgical excision. 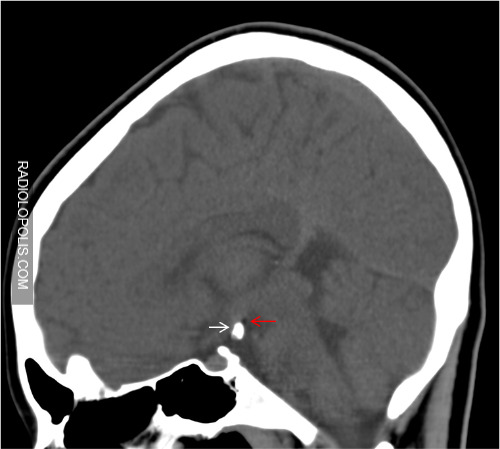