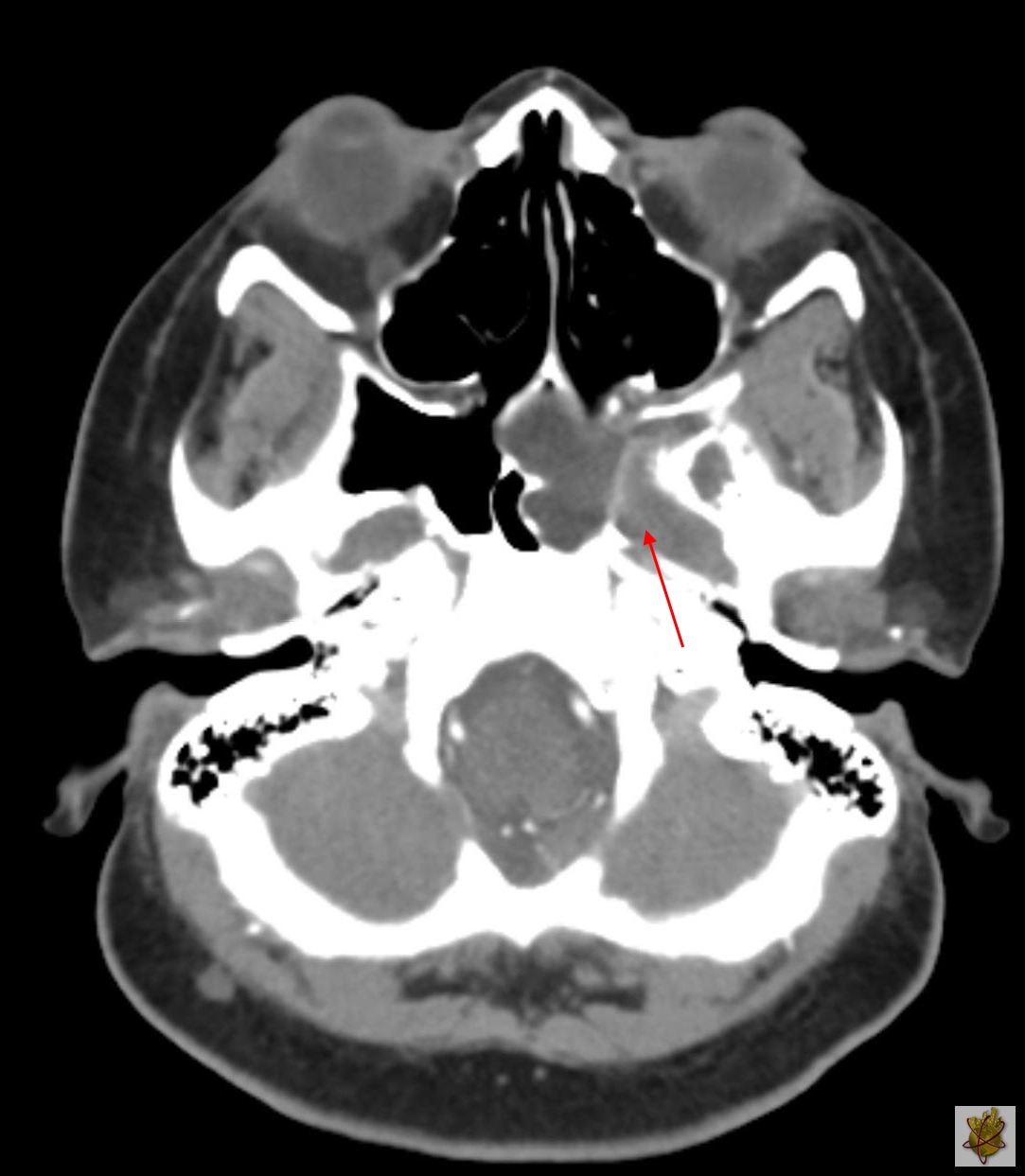 We present a case of a 38 year old female found to have a meningocele protruding into the left sphenoid sinus, who presented with intractable headache but no CSF rhinorrhea. The lesion was discovered on computed tomography angiography, which was performed in order to rule out intracranial pathology as the etiology of her headache. Prior imaging, including pre- and post-contrast MRI, demonstrated the fluid within the sphenoid sinus, but did not reveal the communication through a defect in the base of the skull. Thus, it was assumed to be strictly related to sinus disease in the past. Our case represents a phenomenon whereby meningoceles protruding through the basilar skull into the sphenoid sinus or any other location are potentially misdiagnosed due to poor visualization of the osseous defect and lack of awareness of this entity.

Meningocele refers to herniation of the meninges with accumulation of CSF through a bony defect in the skull or spinal canal. If any brain parenchyma is included in the herniation, it is referred to as a meningoencephalocele. Intracranial meningoceles may be classified as basal, frontal, occipital, or parietal, based on the location of the osseous defect through which herniation occurs. Basal meningoceles involving the sphenoid sinus have traditionally been labeled transsphenoidal, with sub classification as either intrasphenoidal i.e. contained completely within the sphenoid sinus, or true transsphenoidal i.e. protruding through the sphenoid sinus into the nasal cavity. [1] Current understanding of basal meningocele suggests multiple etiologies including traumatic, iatrogenic, congenital, and spontaneous. [1] Regarding a congenital etiology, it has been theorized that basal bony defects are the result of failure of the sphenoid ossification centers to fully ossify and fuse together, forming the Sternberg Canal, also called the Lateral Craniopharyngeal Canal. [2,3] Regarding spontaneous etiology, growing literature supports the notion that increased ICP may be a common contributing factor. [1] Our case presents a patient with spontaneous meningocele through a bony defect in the high lateral wall of the sphenoid sinus (LWSS) on the left side discovered on CTA in a patient without history of trauma or sinus surgery. Our patient reported severe frontal headache but no evidence of either current or remote CSF rhinorrhea, which deviates from the usual presentation. [1, 4] Other common signs and symptoms, which are also absent in our patient, include recurrent meningitis, vertigo, seizures, and focal neurologic deficits. As increased ICP is a suspected cause, our patient’s scans were retrospectively evaluated for indirect signs of increased ICP, such as empty sella syndrome as suggested by Radonjic et al., posterior globe flattening, sulcal effacement, ventricular effacement, and loss of gray-white differentiation, but none were apparent. [1] A significant challenge in making an accurate diagnosis of intrasphenoidal meningocele, as was encountered in our case, is to identify the osseous defect in the skull base, which is often very small and may not be apparent on thin-slice CT or contrast-enhanced MRI. If not identified, a meningocele can easily be misdiagnosed as pathology confined to the sphenoid sinus. If suspicion for the presence of meningocele is high and no osseous deformity is evident, CT-cisternography is advised to evaluate for communication of intrathecal contrast. [6] Epidemiologic data is very limited as this is an uncommon finding, however a study published by Zoli et el. may provide some useful information. [5] Among 23 patients diagnosed with either meningocele or meningoencephalocele through an osseous defect of the LWSS, there was a female/male incidence of 16/7, a left/right-sided incidence of 12/11, and an average age of 5

- If suspicion is high that an intrasphenoidal fluid collection might in fact be a meningocele, but no osseous deformity in the basilar skull is evident, CT-cisternography is advised to evaluate for communication of intrathecal contrast. - Surgical correction of the lateral wall of sphenoid sinus defect in patients with meningocele or meningoencephalocele is recommended even in cases presenting without CSF rhinorrhea, for the prevention of both meningitis and further progression of the herniation. - The Endonasal Endoscopic approach to correction of basal skull defects is the preferred surgical method over the Transcranial approach, especially in cases of lateral wall of sphenoid sinus defect as it can be difficult to reach via the latter approach. 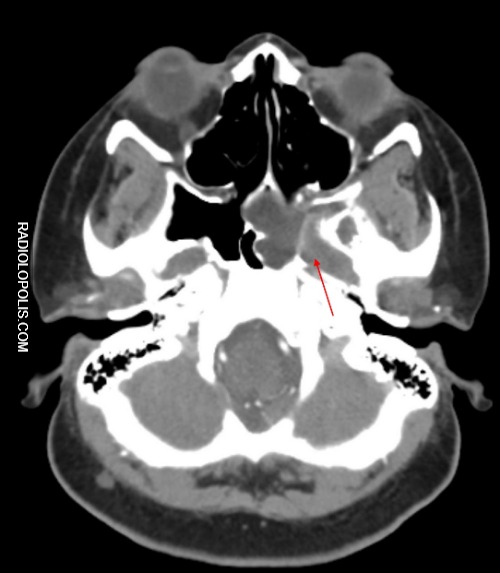