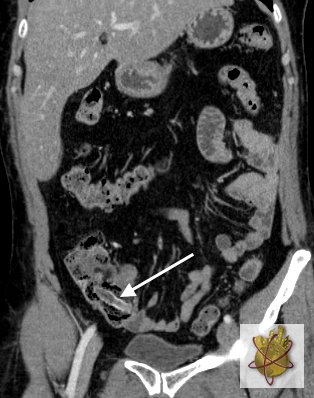 CT abdomen and pelvis: Tubular, sausage-shaped lesion in the cecum separate from the ileocecal valve and ileum.