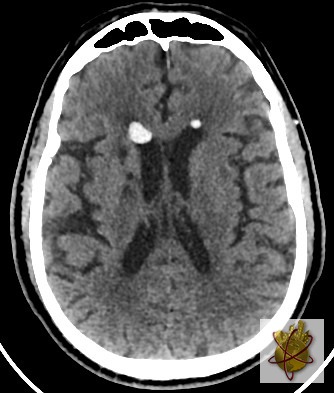 A 50-year-old ex-alcoholic male patient, with a past medical history significant for Type 2 DM of 30 years duration and CVA four months back, presented to the Emergency Department with complaints of abnormal behavior and irrelevant talk of one-week duration followed by one day of decreased responsiveness. He had a history of progressive visual impairment in both eyes, for the past four years, from bilateral PDR and bilateral immature senile cataracts. He underwent laser surgery in the right eye for PDR, followed by the development of vitreous hemorrhage and RD in the postoperative period, which was treated by vitrectomy and Silicon Oil implantation. On neurological examination, he was drowsy and disoriented; there were no motor or sensory deficits. Ocular examination revealed blind eyes with a cataractous lens bilaterally. Given the acute progressive encephalopathy-like clinical presentation, the initial considerations were metabolic, toxic, and inflammatory causes. However, an emergency NCCT head evaluation was done to rule out the possibility of a cerebrovascular accident.

Plain CT of the head showed multiple small chronic infarcts involving centrum semi ovale, corona radiata, thalamus, and gangliocapsular region bilaterally. Besides, two well-defined globular hyperdense lesions of different sizes and average HU 80 were noted in a non-dependent location within the frontal horns of bilateral lateral ventricles[Fig.1 and Fig.3]. Multiple similar hyperdense globular structures were also noted in the posterior chamber of the right eye with average HU 95[Fig.2]. The right optic nerve, right half of the optic chiasm, and the right optic tract appeared hyperdense, with an average HU of 60-70. There was evidence of bilateral retinal detachment and bilateral cataracts. Features of small vessel ischemic disease and age-related brain atrophy were also noted. His previous MR imaging of brain, which was done four months back from a private scanning centre (when he presented with CVA), also showed hyperintense globular structures in the frontal horns of bilateral lateral ventricles and posterior chamber of right eye corresponding to our CT images, as well as an additional globule was noted in the right temporal horn. At that time, as CT correlation showed hyperdense lesions, they had considered the diagnosis of focal hemorrhages/ metastatic lesions within the ventricles in the background of eye disease: hyperintensities in the right globe -? vitreous hemorrhage/ mass lesion; & altered signals in the left globe -? old retinal detachment/ mass lesion. Meanwhile, we were able to elicit the history of right eye surgery. Thus, considering the non-dependent nature of the intraventricular hyperdensities, their similarities with intraocular contents in the right eye (status post silicone oil tamponade) and the demonstration of the change in position of the lesions (compared to previous MR imaging), we were prompted to consider a diagnosis of intraventricular silicon oil migration. Further, MRI of the brain demonstrated a chemical shift artifact confirming the diagnosis[Fig.4]. Ultrasound evaluation was also done which showed include pseudo-elongation of the optical axis in the right eye and arc-like echogenic bands at the interface of the SiO and the vitreous[Fig.4]. The hematologic, metabolic, autoimmune, and paraneoplastic workups of the patient were unremarkable. So, in the absence of an identifiable cause for his encephalopathy, we were prompted to consider the possibility of intracranial Silicon oil migration with Silicon oil-induced encephalopathy as the final diagnosis of exclusion.

A few handfuls of cases of SiO migration had been documented since it was first reported. Even then its pathophysiology remains uncertain. Several theories had been put forward by various authors. SiO has been described as hyperdense on NCCT with Hounsfield units from 50s to 130s, and hence can be misdiagnosed as intraventricular hemorrhage. However, there are typical findings favoring the diagnosis like- mobility and stability of the hyperdense lesions in CT over several days, globular lesions similar to intravitreal contents in a non-dependent position within the ventricles, demonstration of chemical shift artifact and lack of diffusion restriction in MRI, etc. The two main differential diagnoses include intraventricular hemorrhage and intraocular tumors like melanoma or retinoblastoma with intracranial metastases. The natural history of SiO migration is benign, as it is often incidentally detected, although visual problems are commonly associated with it. Few cases of immediate postoperative visual loss and perineural subarachnoid silicone oil have been documented. However, neurological complications are very rare. Only one case of a patient with chronic headaches associated with intraventricular silicone and elevated CSF pressure, who failed to respond to medical management but had symptomatic relief with ventriculoperitoneal shunting, had been documented to date.

Intracranial SiO migration is a rare complication of intravitreal SiO tamponade which the clinicians and radiologists should be aware of. Identifying the key imaging features on Ultrasound, CT, and MRI will help in avoiding unnecessary delays in the management of the patients from misdiagnosis. It is mostly an incidental imaging finding, with only one documented case presenting with neurological manifestations like a chronic headache. From our case of acute progressive encephalopathy, we propose that SiO may have some toxic effects on the CNS, which only time will reveal as more cases get studied. 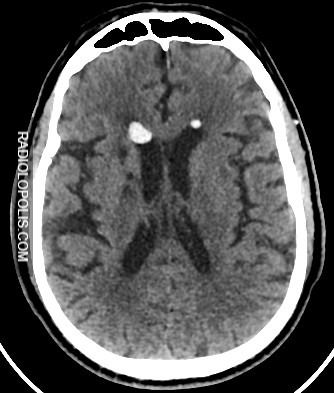 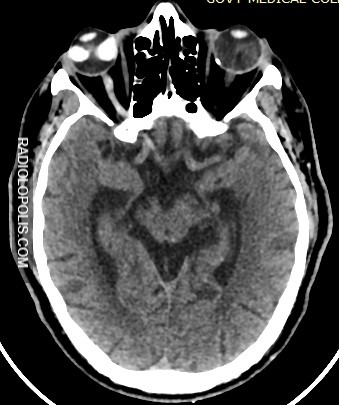 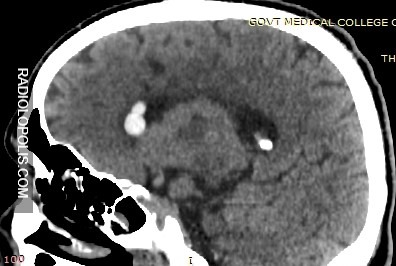 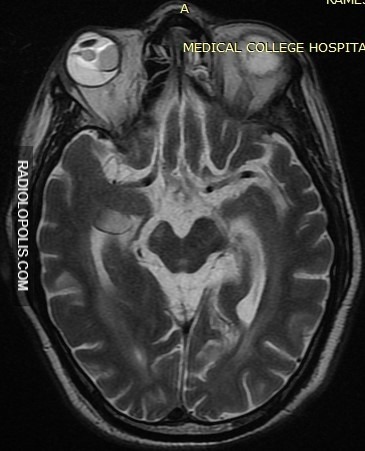 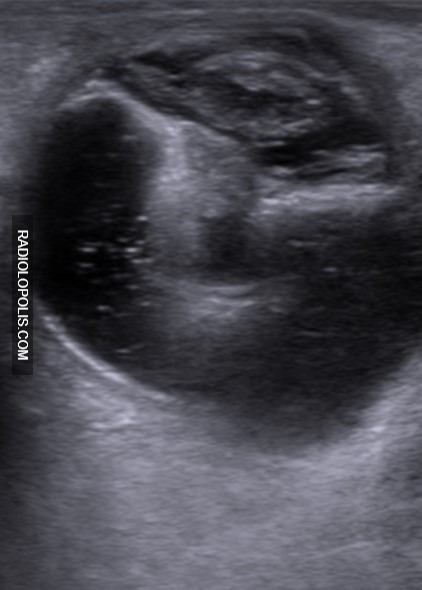 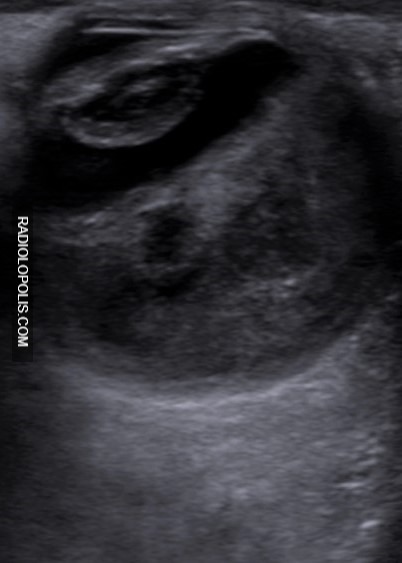