The posterior position of the mental foramen was observed on the left side of the mandible in the 3D and cross-sectional reconstructed images of CBCT. The three-dimensional cropped reconstruction is shown in figure 1. The mental foramen was oval in shape on the left side in region 36. The round foramen observed in region 45 as the common position of the mental foramen. Figure 2 shows serial axial sections with 2-mm slice thickness illustrating the locations of foramina on both sides. Moreover, the bone graft observed on the buccal cortex of the left premolars utilized for ridge augmentation in implant placement. Figure 3 illustrates serial multiplanar sections with a 2-mm slice thickness associated with regions 34-37. An opaque foreign body detected in region 34 suggested root canal overfilling remaining after dental extraction. 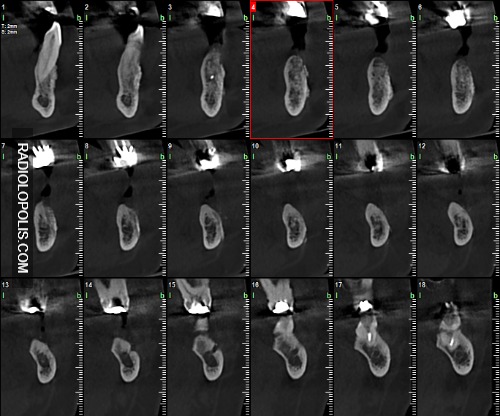 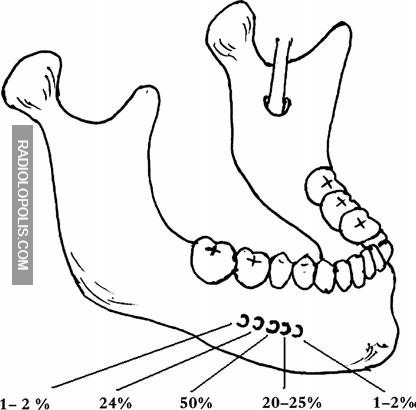