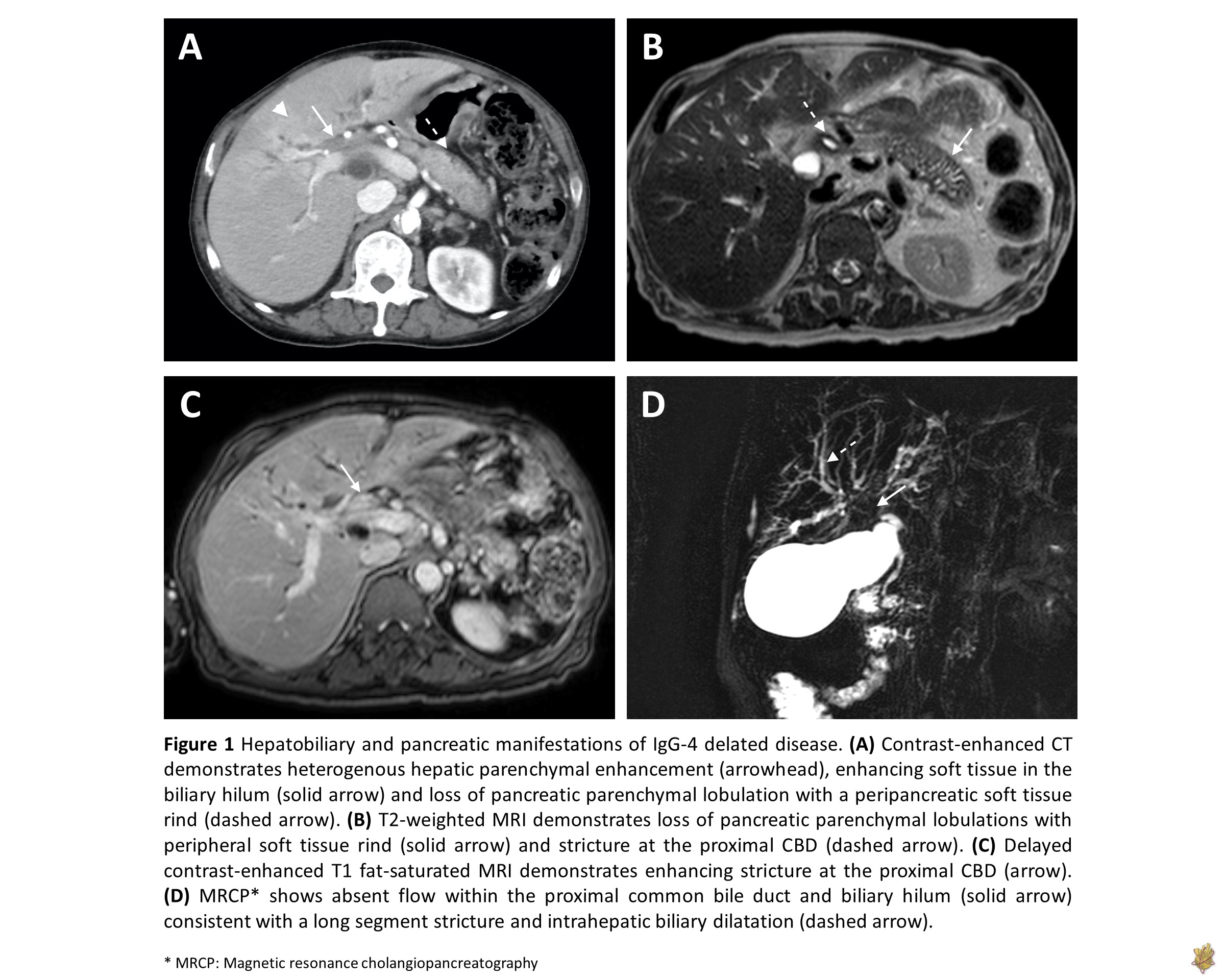 A 78-year-old male presented to his primary care physician’s office with complaints of chronic fatigue, frequent bowel movements and an unintentional 30-pound weight loss over the course of 2 years. He denied fevers, chills or night sweats and did not experience vomiting, hematochezia or abdominal pain. There was no history of liver or pancreatic disease or known chemical toxin or radiation exposure. He was a former smoker with ongoing moderate alcohol use and past medical history notable for coronary artery disease with placement of multiple coronary stents, type 2 diabetes mellitus and benign prostatic hypertrophy. Surgical history was noncontributory. On physical exam, the patient had no jaundice or scleral icterus. The abdomen was soft and nontender. There was no palpable lymphadenopathy. Serology demonstrated elevated AST, ALT and alkaline phosphatase levels of 89, 54 and 298 U/L, respectively, as well as elevated total and direct bilirubin of 1.4 and 0.9 mg/dL, respectively. Albumin was 3.0 g/dL while total protein was 8.3 g/dL. The patient also had a hemoglobin of 8.7 g/dL with mean corpuscular volume of 108, with a previously unremarkable CBC last obtained 4 years prior. There was a normal leukocyte differential and no electrolyte abnormalities. Overall, this combination of unintentional weight loss and fatigue with a macrocytic anemia and a mixed pattern of transaminitis raised a broad differential diagnosis, as described below, favoring an inflammatory or neoplastic cause. Imaging findings were crucial to the development of a differential diagnosis in this case, as follows.

The differential diagnosis incorporates the clinical symptoms of chronic fatigue and weight loss with laboratory findings of macrocytic anemia and mixed transaminitis, as well as imaging findings of biliary stricturing and dilatation, autoimmune pancreatitis, and vasculitis. The differential varies, depending on the organs involved. IgG-4 related disease was raised as a possibility on review of the CT scan. This autoimmune disease encompasses a spectrum of entities, including autoimmune pancreatitis, sclerosing cholangitis, vasculitis and prostatitis. Alternatively, primary sclerosing cholangitis was also considered to explain the symptomatology, serology and imaging findings. However, the patient’s age, absence of any known inflammatory bowel disease, serological and radiological findings made primary sclerosing cholangitis less likely. The hepatobiliary manifestations of IgG4-related disease may simulate some forms of cholangiocarcinoma. The hepatic parenchymal inflammation may mimic mass-forming cholangiocarcinoma, although the latter is typically characterized by delayed centripetal enhancement, overlying capsular retraction, vascular encasement and satellite nodules.

IgG4-related autoimmune disease is a rare immune-mediated systemic condition characterized by focal or diffuse inflammation that can involve multiple organ systems in the form of autoimmune pancreatitis, sclerosing cholangitis, retroperitoneal fibrosis, vasculitis and prostatitis. Chronic fatigue and weight loss have a wide differential diagnoses, and the possibility of autoimmune IgG4-related disease should be considered. IgG4-related disease can afflict multiple organs, and cross-sectional imaging helps distinguish it from other diseases. The final diagnosis relies on combination of imaging and serology findings. IgG4-related disease generally has a good prognosis and a favorable response to steroid therapy, and timely diagnosis is thus paramount to avoid the chemoradiation or surgical excision that may be considered for other diseases. When workup suggests multi-organ system involvement, one feasible unifying etiology should be strongly considered in the differential diagnosis over than multiple disparate diagnoses. Such etiologies may be inflammatory, infectious or neoplastic in nature. 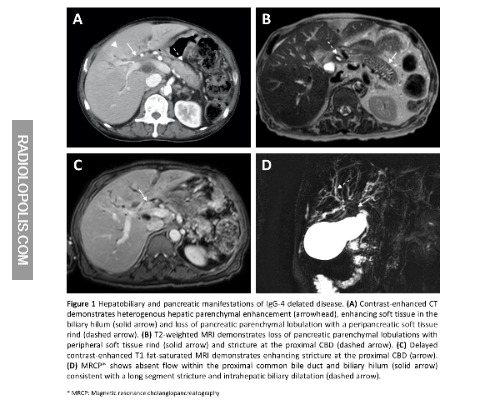 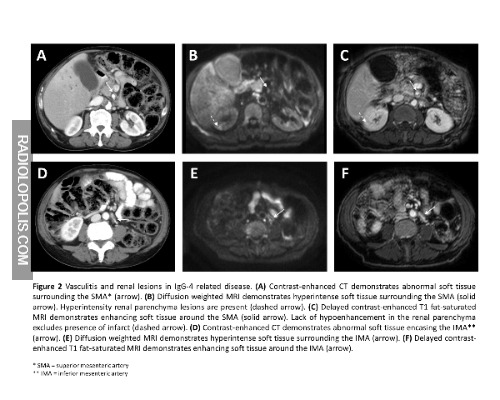