Calcified hepatic cyst in an immunocompromised patient: Infectious or benign? 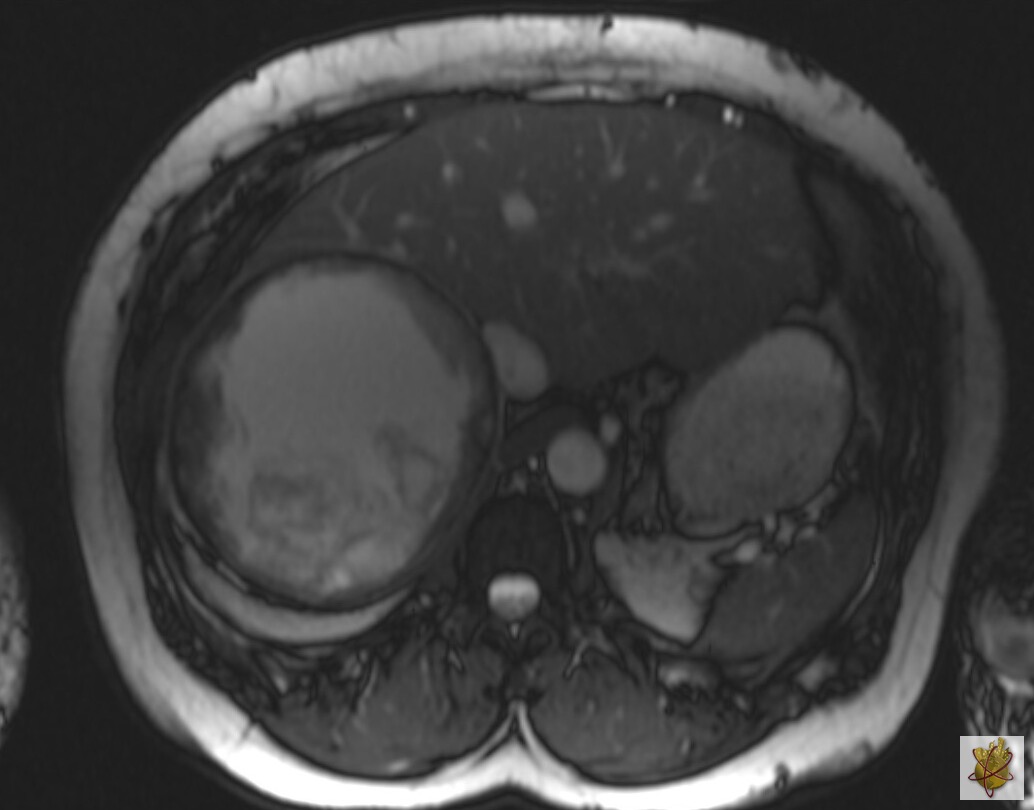 Calcified hepatic cyst in an immunocompromised patient: Infectious or benign?

The patient is a 52-year-old male with chronic kidney disease due to hypertension who received a kidney transplant in 2005. After declining renal function in the transplanted kidney, he presented in January 2019 to be evaluated for possible repeat transplant. During the work-up for transplant, a CT abdomen/pelvis was done which is standard for possible recipients. It showed a large cystic lesion in the right liver. An MRI was done to further characterize the lesion and the findings were suggestive of hydatid cyst. An elevated IgE level was also suggestive of an old parasitic infection that had now calcified. However, antibodies against Echinococcus as well as Strongyloides, Entamoeba histolytica, and Trypanosoma cruzi were all negative. The patient denied any contact with animals, fevers, chills, night sweats, changes in bowel habits, back pain, headaches, seizures, dizziness, abdominal pain, early satiety, or jaundice. The patient stated that if he had not had the work up for the kidney transplant he would have no reason to believe he had a cyst in his liver. He had always lived in the United States and eats goat curry and some street food in the Caribbean and Central America but otherwise has no real cattle exposure. He was taken to the operating room for surgical resection of the cyst in order to be able to proceed with the repeat transplant. Pathological evaluation of the cyst revealed a benign hepatic cyst filled with fluid and no sign of infection.

CT Abdomen/Pelvis without contrast (pre-transplantation evaluation): Hepatobiliary: There is a 11.5 x 13 x 12.2 cm right hepatic cyst contains near contiguous peripheral calcification. On narrow windows, internal heterogeneity and peripherally increased attenuation is noted. No biliary ductal dilation. Given morphology, this likely reflects a post-inflammatory cyst, including the possibility of old echinococcal disease. MRI Abdomen without contrast (before surgical resection): There is a 12.6 x 11.5 x 13.7 cm cystic lesion with internal septations and thickened, partially calcified walls and mural nodularity. No biliary ductal dilatation. This is suspicious for hydatid cyst, given calcification seen on prior CT examination. Other less likely considerations include remote hematoma or complex cyst.

This case represents a difficult clinical situation: differing information from blood tests, imaging tests, and patient history. Though this patient was at high risk for infection given his immunocompromised status post-transplantation, and he had elevated IgE and CT/MRI findings that could have represented an echinococcal cyst, he had no risk factors and he was lacking any definitive serum antibodies. He was also completely asymptomatic, but the incidental finding of the cyst led to an expensive and complicated work-up that ultimately resolved in an unnecessary surgery. If we had been able to say for sure that the lesion was benign, we could have drained the cyst under ultrasound guidance at the bedside or in an interventional radiology suite.

When hydatid cyst is in the differential, it is important to consider the pretest probability of the patient actually having echinococcal disease. In an asymptomatic patient with no history of travel to endemic areas without contact with animals, the history, physical, and laboratory findings should guide the decision for surgical intervention over the imaging studies, even in immunosuppressed patients. 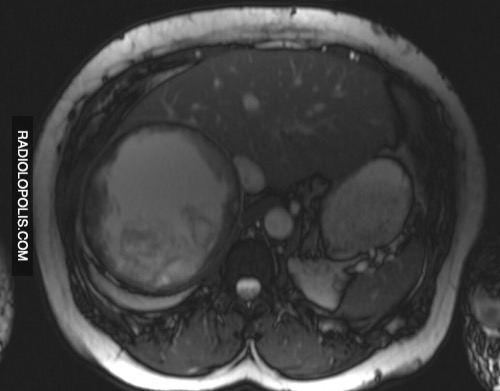