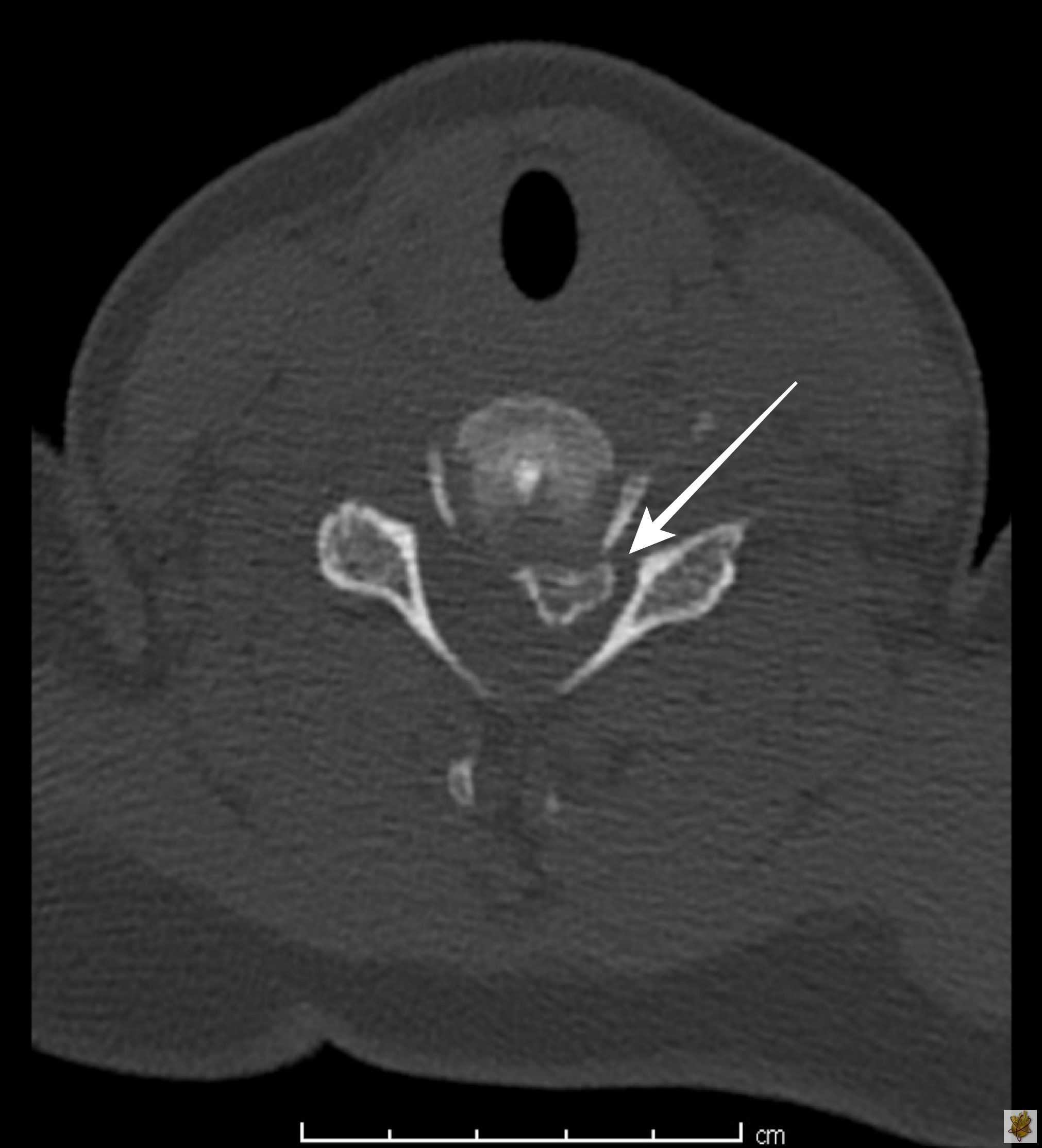 An 8-year-old male with recently diagnosed KFS presented with acute onset of non-traumatic neck pain radiating to the left upper extremity and accompanied by paresthesias. Neurological exam was unremarkable for a focal neurologic deficit.

Non-contrast CT of the cervical spine (5.2 mGy) demonstrated non-segmentation anomaly at the C6-C7 level consistent with KFS. In addition, there were multilevel intervertebral disc calcifications and a large ossified ventral epidural component within the spinal canal at C4-C5, representing ossified posterior longitudinal ligament. This contributed to severe spinal canal stenosis and encroached on the left C4-C5 neural foramen, consistent with the patient’s left sided C5 radiculopathy.

Adult patients with KFS are known to have higher rates of cervical spine degeneration compared to the general population [6]. However, the relationship between KFS and pediatric IVDC has not been specifically described. A prior case report on traumatic cervical disc herniation in a 16-year-old male with KFS demonstrated a predisposition to hypermobility, instability, and injury at the adjacent non-fused vertebral segments [7]. Perhaps the same forces leading to hypermobility of the adjacent non-fused vertebrae act as a trigger towards the development of calcified intervertebral discs. Thus, development of IVDC in pediatric patients may be pathologically similar to the accelerated cervical degeneration seen in adult patients with KFS. The presence of an ossified posterior longitudinal ligament, as seen in our patient above, has also been noted in adult patients with congenital cervical fusions and may be an adaptation to increased adjacent level mechanical stress [6]. Recognition of the potential for IVDC in patients with Klippel-Feil syndrome is important, as it can impact diagnosis and treatment of symptoms. The patient above was managed conservatively with pain control and physical therapy. He was discharged with outpatient neurosurgery follow up.