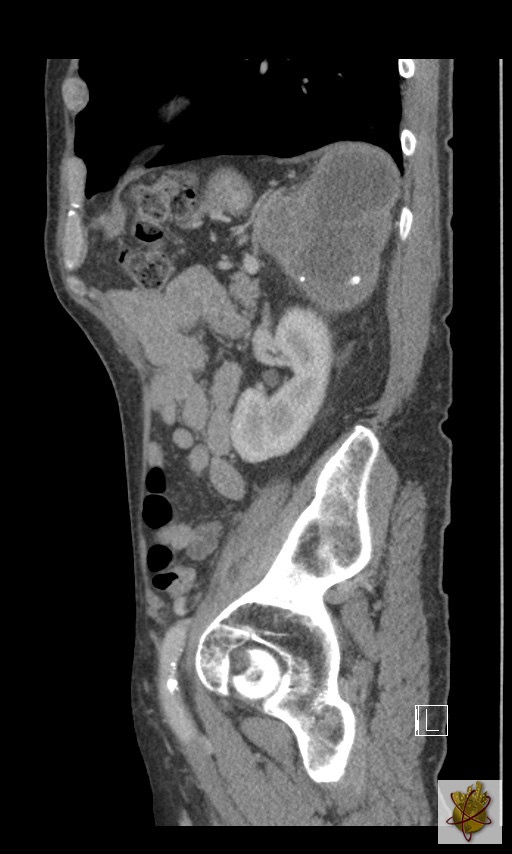 An 81-year-old otherwise asymptomatic man presented via ambulance to our tertiary care hospital after falling from a ladder. He remained hemodynamically stable throughout his presentation. On account of his mechanism and multifocal pain, he underwent a trauma scan of his chest, abdomen, and pelvis. An incidental 8 x 5 x 10 cm (AP x TR x CC) left suprarenal lesion indiscernible from the left adrenal gland was identified. The lesion demonstrated peripheral arterial and portal venous enhancement with a centrally cystic/necrotic core. There were punctate calcifications scattered throughout. The right adrenal gland was normal. No regional lymph node enlargement was present. No other primary or metastatic lesions were seen elsewhere throughout the body. A 24-hour urine metanephrine study was negative for pheochromocytoma. Bloodwork was otherwise non-contributory. A subsequent ultrasound-guided core needle biopsy was performed. Histopathology demonstrated a tumor composed of spindle cells with minimal atypia and/or mitotic activity. The spindle cells were dense, wavy, and with tapered ends. Hyalinized blood vessels were readily present. Subsequent immunohistochemical analysis demonstrated a diffusely positive S100 stain while markers for other retroperitoneal (RP) tumors including MART1, HMB45, DOG1, CD117, MDM2, actin, desmin, caldesmon, AE1/AE3, CD34 and STAT6 were all negative. Pathological features were consistent with a benign adrenal schwannoma. A GFAP stain was performed for the purposes of this report and was positive. 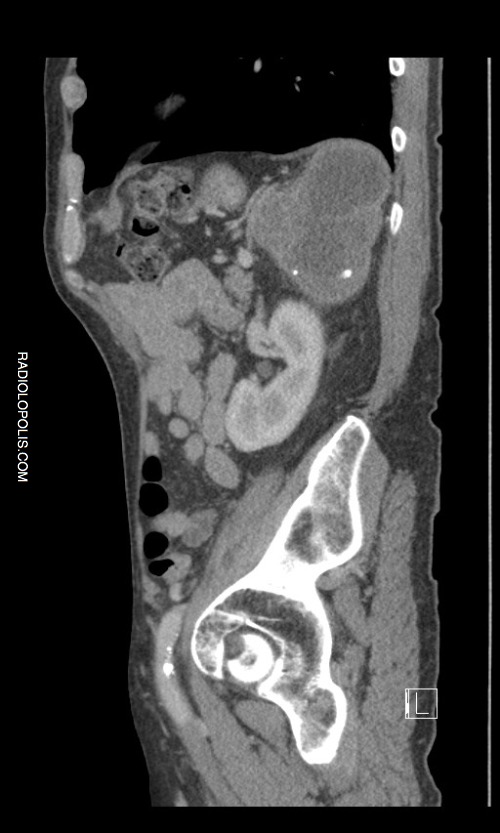