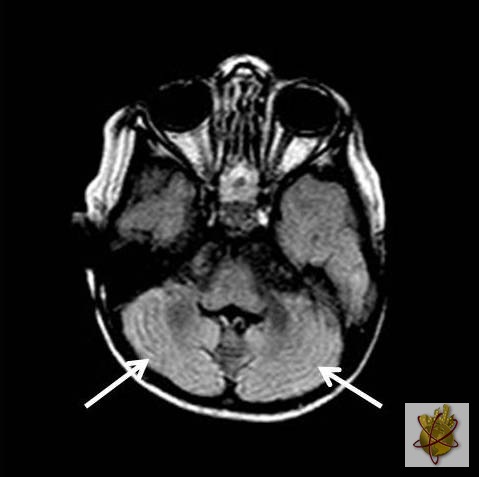 A 2 year old female child, from Saudi Arabia presented with complaints of regression of developmental milestones initially motor and then cognitive. She was unable to hold her head properly. She also could not walk properly with loss of speech articulation. The parents were consanguineous. Recognition of family members by the patient was occasional. Patient smile was occasional with poor interaction. Patient head size was normal with no dysmorphism or neurocutaneous markers. On examination patient eyes did not follow light with fundus examination revealing bilateral optic nerve atrophy. Generalized hypotonia was present with paucity of spontaneous movements.

Considering the wide spectrum of clinical features, mutations in PLA2G6 gene and MR findings in INAD mentioned above; diffuse cerebellar atrophy on MRI is the most consistent and characteristic feature of INAD with variable DWI and other findings. Presence of cerebellar atrophy therefore should arouse suspicion of INAD because it has not been described in any other neurodegenerative disease with the same age onset. 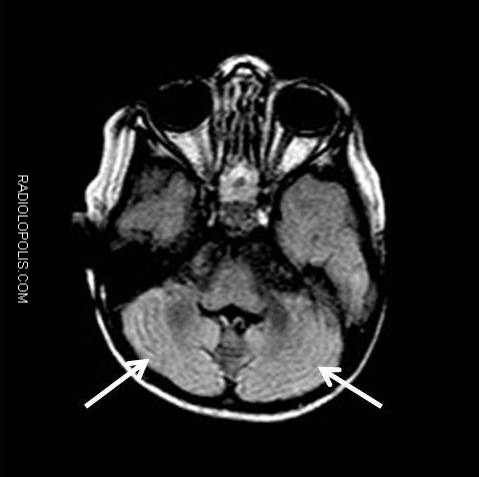 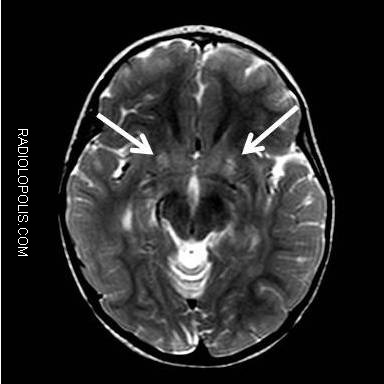