Hepatic involvement of sarcoidosis in a 60 year old patient

Hepatic involvement of sarcoidosis in a 60 year old patient

A 60-year old female with a history of coughing, dyspnea and fatigue was referred to our radiology department for chest X-ray evaluation. The patient complained about progressive sputum production and some weight loss since the last few weeks. Antibiotics had been prescribed by her general practitioner, without improvement of symptoms. Conventional imaging of her lungs revealed a small left perihilar consolidation along with multiple fine reticulations in both upper lobes [fig 1]. Because of her prolonged symptoms and abnormal radiological findings the patient was referred to a pulmonologist. Pulmonary function test by spirometry showed reversible forced expiratory volume (FEV) after inhaling a bronchodilator. Beclometasone with formoterol inhaler was therefore prescribed and two weeks later a contrast enhanced computed tomography (CECT) scan of the thorax and upper abdomen was performed for further evaluation [fig. 2 and 3]. There was bilateral hilar and mediastinal lymphadenopathy. Some of the lymph nodes were partially calcified [fig 2a, b]. The prior mentioned consolidation was seen in the posterior aspect of the left upper lobe [fig 2c - f]. In addition, some smaller consolidations were seen in the apical left lower lobe. There were multiple fine nodules with upper and middle zone predominance along the subpleural surfaces and fissures and along the interlobular septa and peribronchovascular bundles, consistent with a perilymphatic distribution pattern. Some of the nodules scattered around the area of consolidations were distributed more randomly. There were no signs of pulmonary fibrosis. The upper abdomen showed extensive perihepatic lymphadenopathy and to a lesser extent peri-splenic and peri-aortic lymphadenopathy [fig 3a]. There was significant enlargement of the liver, measuring up to 18,5 cm in craniocaudal length. The liver parenchyma was characterized by diffuse inhomogeneous enhancement caused by multiple hardly distinctive and partially confluent hypoattenuating nodules, ranging in size from 1-10 mm [fig 3b-d]. The same pattern of fine nodules could be identified in the slightly enlarged spleen. Although the combination of findings were mostly in favor of sarcoidosis, our differential diagnosis included lymphoma or metastasis. Additional laboratory test showed elevated angiotensin converting enzyme (ACE) of 99 U/L (normally between 6-56 U/L). Alkaline phosphatase (AF), gamma glutamyltranspeptidase (GGT), alanine aminotransferase (ALT) and aspartate aminotransferase (AST) were normal. To exclude the possibility of infection a bronchoalveolar lavage (BAL) was performed, testing negatively for basal pathogens. Bronchoscopic aided biopsy and cytology showed signs of chronic inflammation, but were insufficient for confirming sarcoidosis. Finally, ultrasound guided biopsy of the liver revealed the presence of portal and lobular aggregates of epithelioid histiocytes and multinucleated giant cells with formation of granulomas [fig. 4 and

Background Sarcoidosis is defined as a multisystemic inflammatory disease characterized by noncaseating granulomas [1]. It has been estimated that the worldwide prevalence of sarcoidosis is 2–60 per 100,000 people [2]. Sarcoidosis is mostly seen around the age of 20-40 years, although a second age peak (> 50 years) has also been described [3, 4]. Women are more often affected than men. The exact cause of the disease is not entirely understood, but there is a strong indication for multifactorial contribution involving immunological, genetic and environmental factors [3, 5]. Although the lungs and the lymphoid system are the most commonly involved sites, every organ can be affected in sarcoidosis. Involvement of the abdomen is seen in 50 - 80 percent of the cases [6, 7], with higher rates obtained in studies performing autopsy or random liver biopsy [8]. Although uncommon, abdominal sarcoidosis can occur in the absence of lymphatic or pulmonary disease [9]. Clinical features The majority of patients with abdominal involvement of sarcoidosis are clinically asymptomatic or present with mild symptoms [10]. When symptomatic, patients usually report complains of nonspecific fatigue, fever, weight loss and abdominal pain [11]. Abdominal pain has previously been described to occur in about 15% of patients with sarcoidosis and is most likely caused by stretching of Glisson’s capsule [12]. Processes like local inflammation and extrinsic compression by granulomas in patients with liver sarcoidosis have been associated with hepatocellular dysfunction, cholestasis and vascular complications [13]. Vascular complications include portal vein thrombosis and Budd-Chiari syndrome [14, 15]. Portal flow obstruction secondary to hepatic granulomas may develop into presinusoidal portal hypertension [16]. Long-standing disease has been reported to result in such portal hypertension in roughly 3–18% of patients [17], with variceal bleeding being the most severe complication. Only a small proportion (6–8%) may develop progressive cirrhosis, which can ultimately lead to end stage liver failure requiring liver transplantation [11, 18, 19]. In up to 35% of patients, mild liver function abnormalities may indicate abdominal involvement of sarcoidosis [20- 22]. The degree of AF and/or GGT elevation have been correlated with cholestasis and extent of intrahepatic granulomatous inflammation. Measurement of serum angiotensin converting enzyme (ACE) levels can be useful, as they have been reported to be elevated in roughly 60% of patients with active sarcoidosis [23-25]. These laboratory tests however lack sensitivity and specificity and normal test results can be seen in patients with chronic forms and in patients who have been treated with corticosteroids [23,24]. Negative lab results may therefore not be sufficient to rule out hepatic sarcoidosis. Histopathological findings Histologically, hepatic sarcoidosis is characterized by numerous well-formed noncaseatin

Fig. 1. 60 year old female with pulmonary abnormalities due to sarcoidosis. 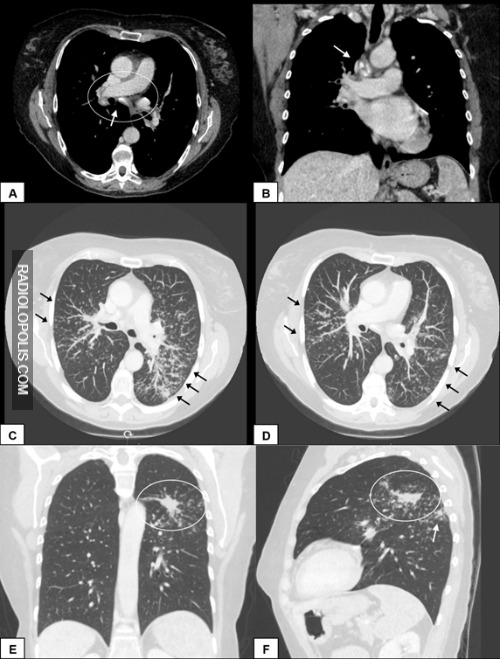 Fig. 2. 60 year old female with lymphatic and pulmonary abnormalities due to sarcoidosis. 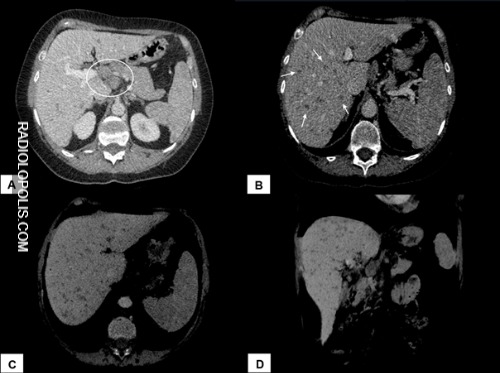 Fig. 3. 60 year old female with hepatic and splenic granulomas and perihepatic lymphadenopathy due to abdominal involvement of sarcoidosis. 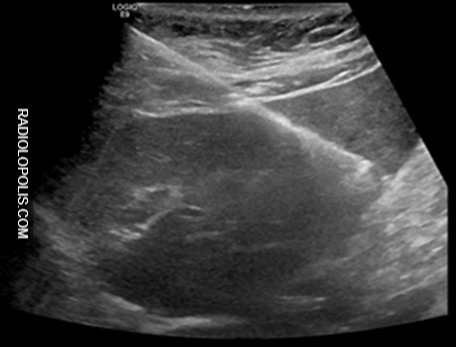 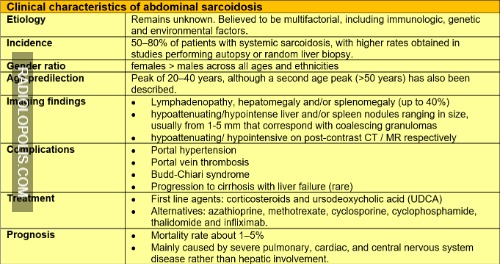